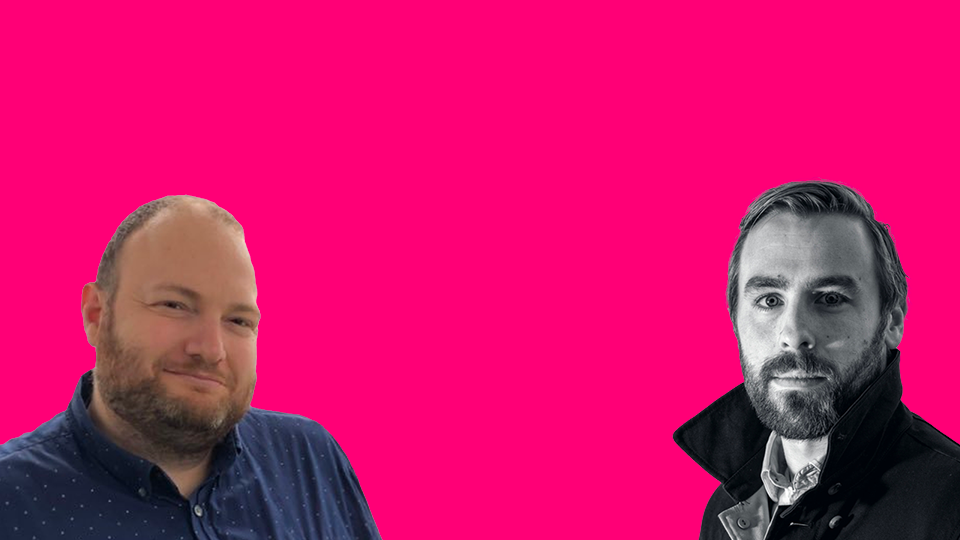 Engagement is one of the most discussed metrics in L&D.

But there isn’t much agreement on what exactly engagement is and how it’s measured. And most importantly, whether and how it can drive business performance.

So I reached out to two learning professionals who’ve always helped me answer complex questions with simple answers.

Apart from being the Director of Consulting for EMEA, Dave is a boulderer and apparently a pretty poor street photographer 📷 (his words not mine).

And when Rhys is a Learning Leader turned Director of Product. He's also a pianist in the making 🎶. He’s nearly nailed Bohemian Rhapsody which is pretty impressive right!

I asked Dave and Rhys how they define engagement and how L&D can use it more strategically to drive business performance.

Not All Engagement Is Created Equal

Passive engagement is generally low effort and doesn’t cost you much in terms of their time and cognitive load.

Active engagement on the other hand, is high effort and has high cognitive load.

Before we jump into talking about active and passive engagement from a learning standpoint, let’s explore it from a social media one. It’s one we can all relate to.

Later on in this article, we’ll see how it all applies to different types of learning interventions.

Here's a diagram 👇 Rhys and Dave put together to explain the different types of engagement and how they map across effort and levels of engagement. 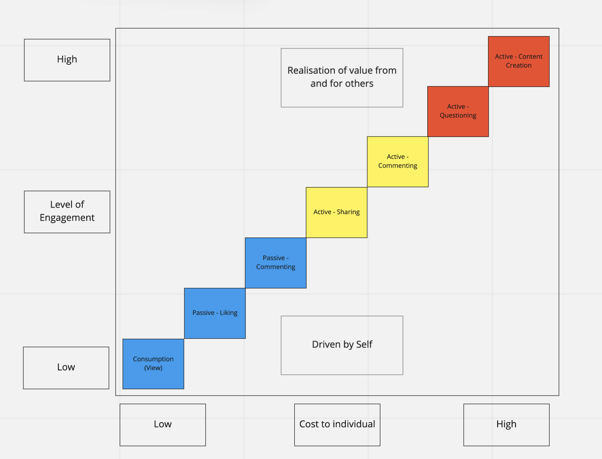 Think about how you behave on LinkedIn or Twitter. When you scroll through a feed and just look at posts, that’s passive engagement.

Passive engagement doesn’t require a lot of effort. When you watch a video and then like it, you haven’t really racked your brain very hard.

Commenting can be active or passive depending on the context and how much effort you put into it.

Leaving a comment like “that’s great - thanks for sharing” doesn’t add much value. It might give the author of the post a little dopamine hit but it doesn’t translate to anything of real significance.

Leaving a thoughtful comment on a post requires you to think about it and how it will contribute to the conversation.

Let’s say you and I are connected on LinkedIn (if we’re not, let’s connect!) and you see a post I wrote about how L&D can talk data with the business.

You gave it some thought and then you write a comment that challenges me or maybe supports my argument.

That’s active engagement. You put a lot of effort into thinking about your comment.

If you share the post with your network on social media or you send the link via email or a messaging platform like slack, that’s also active engagement. You’re probably thinking about the value it will bring to others (rather than to yourself).

When you want to bring someone to a conversation on social media, you tag them in the post. It’s likely you’re doing this with a specific purpose in mind and you think that the individual can derive or add value to the content or conversation.

Like in this example👇 where I tag my colleague Jessie in the comments. 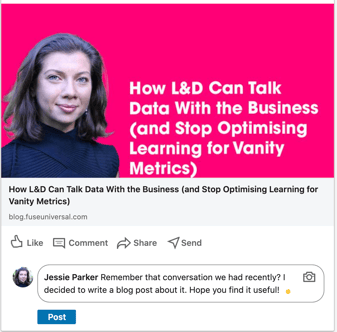 Tagging or mentioning is active engagement.

Questions are a great example of active engagement.

Like when you decide to pose a question to start a conversation around a particular topic. This type of engagement can be driven by your needs, but you’re asking it in a public forum to share the responses with others. You receive value but you’re also sharing that value.

There are three types of active questions:

Now let’s say you go off and create your own post about how L&D use data but you take a different spin.

That’s the mother of all active engagement: user-generated content.

You’ve invested the time and effort into creating content to share your knowledge and expertise with others - to expand the conversation.

This is where we often want to drive our high performers to - creating content to codify and share their experience with others.

But user generated content isn’t appropriate for all learning interventions. We’ll talk about this more in a moment.

Active and Passive Engagement Both Have a Place in Learning

You don’t need your learners to be actively engaged all the time. In fact, there are instances where they’d create quite a lot of havoc if they were actively creating their own content.

For instance, you don’t want your learners coming up with their take on compliance training! You want them to consume the content, understand the implications on their work and move on.

So let’s explore this further and discuss when you need learners to be actively engaged and when passive engagement is OK.

Are We Running a Sprint or a Marathon?

Here’s a diagram that will help explain how these interventions can be mapped.

There are interventions for which you want your learners to be highly engaged for a short period of time.

Here are some examples of learning interventions that would run over a short time period (but maybe longer than 9.58 seconds!) for which you'd want high active engagement:

There are interventions for which you want your learners to be highly engaged for a long period of time.

You want them running a marathon with you but at pace. Think Eliud Kipchoge (he ran a full marathon in just under 2 hours! Talk about intense).

An Academy is an example of a learning intervention that requires high engagement over a long period of time.

For instance, Hilti, a long time Fuse customer, launched the Hilti Finance Academy. Their aim with the academy is to generate ongoing engagement with new directives and new skills as well create an active community of practice. They want to enable their people to develop their capability to perform and maintain that performance over time. So they want their people to actively engage for as long as they’re members of the Academy.

There are interventions for which you only need your learners to be engaged for a short period of time. That engagement doesn’t need to be highly active.

Think Richson Simeon. In the 2016 Olympics, he had the slowest time from any competitor. (It was only two seconds slower than Usain Bolt’s gold-medal winning run but that’s a pretty long time in the world of sprinting).

Anyway, back to engagement.

Here are some example of interventions that would run for short periods of time for which you don’t necessarily need learners to be actively engaged with:

There are instances where employees will have lower levels of engagement for extended periods of time.

Think of this like a very slow marathon runner. Like Shizo Kanakuri. He ran a marathon in 54 years, 8 months, 6 days, 5 hours, 32 minutes and 20.3 seconds (he started in the 1912 Olympic Games in Sweden but disappeared mysteriously midway through the race and was tracked down when he was 76 and was offered the chance to return to Stockholm and finish his long-abandoned race).

Ok I know I went overboard with that example but once you start Googling things like “slowest marathon runner” you get some interesting stories!

So when would you have low engagement over long periods of time?

According to Dave and Rhys, some examples include:

Think about how you use (or used to use) physical libraries. You want into one alone and you probably didn’t have contextualised conversations with strangers about the books you were borrowing.

Not all engagement is created equally. And not all interventions require high active engagement.

You need to strategically engage your people depending on what you want to achieve as an outcome with the intervention. That way you don’t end up wasting a ton of time and effort trying to drive active engagement when you don’t need it.

There’s heaps more to talk about around this topic. I don't know about you, but I've still lots of questions!  So I’ll be picking Dave and Rhys’s brains again soon so watch this space.

In the meantime, I’d love for you to join the conversation. So leave me a comment or drop me and email and let me know what you think. 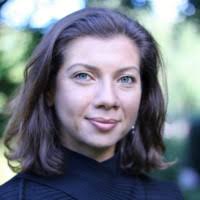 These Stories on Engagement

How the L&D Team at Lakeland Used the Power of Community, User-Generated Content and Stories to Drive Product Knowledge and Sales

Let's Talk About What Learning Is Really Like: Messy, Emotional and Challenging (Like Most Other Human Experiences)