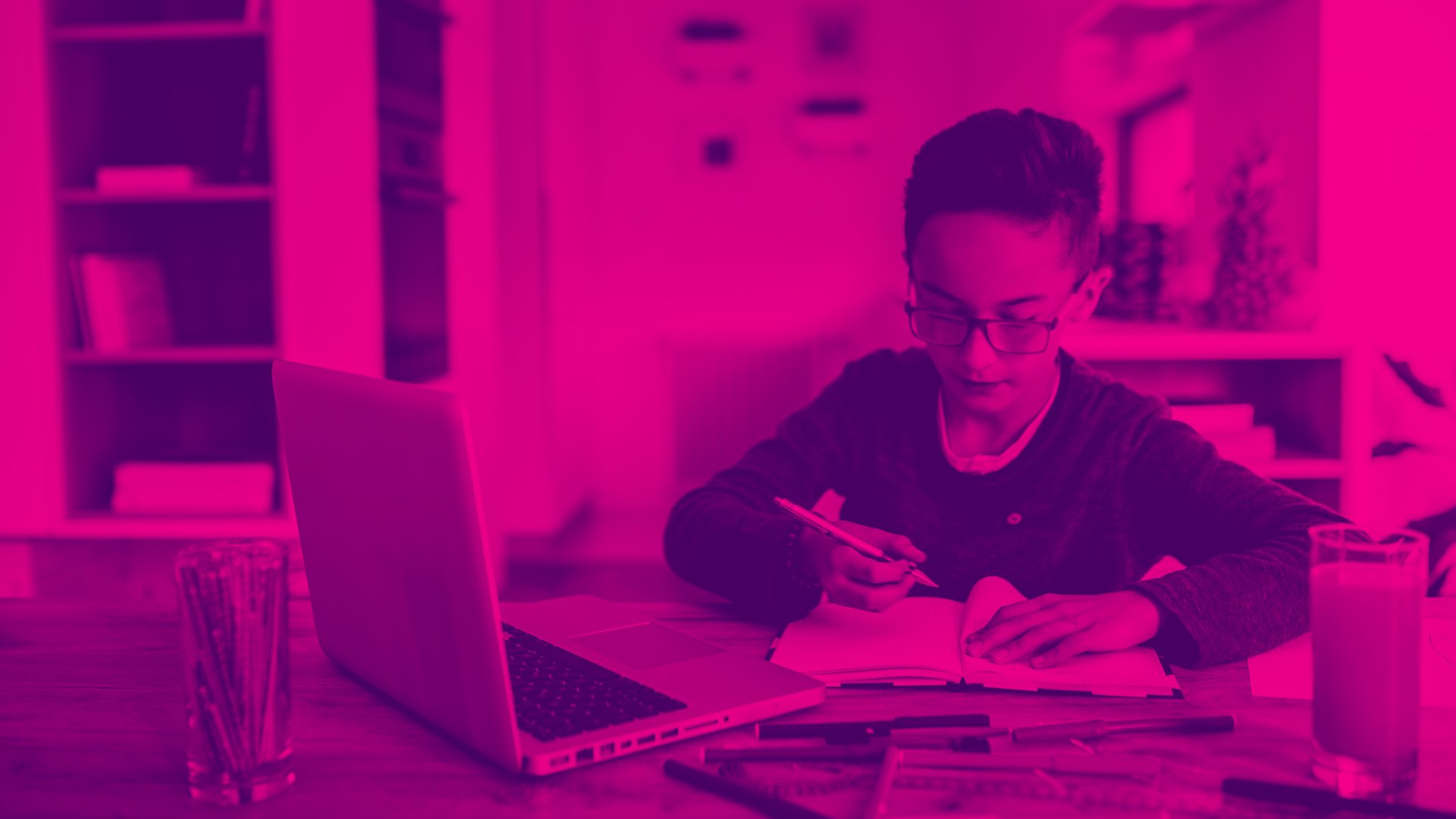 What Enterprise Can Learn from FuseSchool 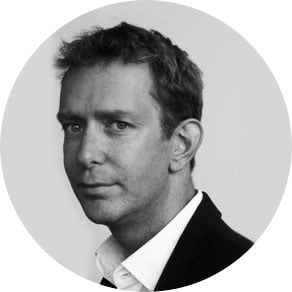 By Steven Dineen, Founder, FuseSchool, and Founder and President, Fuse

To change education, I believe that the revolution needs to start with the choice of the children, and that is at the heart of the idea behind FuseSchool. FuseSchool empowers millions of learners around the globe by giving them access to world class education for free -  anytime, anywhere.

We formed FuseSchool on the premise that education is a human right and should be available for all, no matter who you are or where you live. I was lucky enough that - after I managed to sell my first company- I started working with an education charity that allowed me to start to learn on the ground putting IT labs into schools across Africa. This was the beginning of my FuseSchool learning journey.

How Revolution in Education Starts

I had started FuseSchool on the belief that if you can provide access to a technology for a child to learn from, then they should, in theory, be able to learn anything. However, in these schools, there were thousands of children, and just one IT lab, so it soon became clear that despite good intentions, one hour a week of technology-led learning was not going to achieve the right access to education true to the opportunity that we wanted to be part of.

The moment the penny dropped was when I spoke to the education minister of Tanzania during lunch at a conference in Senegal. He put it really eloquently to me, and challenged me by starting off by saying that it was great what we had been trying to do, and getting technology involved was definitely part of the answer. However, he said, despite good intentions, the approach we were using would likely take a lifetime. If we really wanted to provide world class education to every child in the country, continent, or the world, then we’d likely need to evolve our thinking. Now, the question is how do you take on that challenge of that enormity?

A successful perspective was taught to me by Kobus Kwyk, who pointed out to me how apartheid ended. He said ultimately, apartheid didn’t end because the ANC was so powerful. It ended because the revolution started with kids who didn’t want to learn Afrikaans. Kids that wanted a better choice in education.

In our minds, that’s exactly how revolution in education starts - with the child and a learner’s choice. If we were to completely change education, then the revolution needed to happen with children. We knew we needed to create something so engaging that it would be such a great experience for children - an experience they would use by choice.

Today, we now have nearly a thousand high-quality animated videos covering all the core concepts of maths and science for 13 to 16-year-olds, and FuseSchool is now used by more than 10 million children every year and trusted by thousands of teachers and used by ministries of education across the world. It's a good start.

With FuseSchool, we took the secondary school science and maths curriculums, and broke them down into small bite-size chunks of learning, mapping each concept to a potential video to be created. We then captured the best explanations from passionate world-class teachers, and with a team of talented designers, we brought these explanations to life.

We didn't create FuseSchool for corporate benefit, but we did go on to establish a learning and development platform company Fuse, which until recently kindly funded FuseSchool. Through FuseSchool, we bumped into the corporate benefit, using the concepts we’ve learned in building the school over the years. As is probably not that surprising, what has worked well in teaching 10 million children to learn, also applies quite effectively in the corporate learning landscape.

Our work in democratising learning has a strong parallel, as many enterprises had the same problem we see in education: most of the budget for training and development has traditionally been given to the top 10 percent of the people. At FuseSchool, our aim was to make it no longer about this 10 percent, so that any child, anywhere could learn at their fastest possible pace. We wanted to democratise learning and knowledge, and push the boundaries of learning technology to increase equal and individual opportunities.

We also looked at ways to unlock learning for the masses, and again, there’s a big parallel here. Even though corporate enterprises have comparatively more budget to allocate to learning than most of the world’s nations combined, it is often dedicated to locking learning away in siloes, to be delivered monthly or quarterly and soon forgotten.

At FuseSchool, we digitised knowledge because we knew this would help distribute it at scale. Ultimately, it is far cheaper to digitise high quality learning and distribute it globally than create and distribute textbooks. Mobile technology was also key to our thinking from day one, as we realised more people had access to smartphones than to sanitisation in developing countries.

The point is, we had to understand and develop a way to maximise distribution, and corporate enterprise needs to do the same. Now more than ever, people are not going to travel to a central location to attend a session of annual training. Learning needs to be a part of daily life, and to do that in a corporate enterprise environment, digital is the way forward.

FuseSchool’s success goes beyond its ethos, or its recipe for operational excellence: the content methodology in itself is truly innovative and unique, and something that corporate could certainly learn from.

We knew when we started that we had to blow up the way that online learning was being produced, and to solve the engagement aspect. Eventually, we found a technique that works brilliantly. Take chemistry as an example. To cover chemistry, we broke it down into 240 concepts, and then went and found the best teacher for every one and captured their best explanations digitally.

We then animated the explanations, making the concepts fastest and simpler to understand. This simple re-invention allowed us to reduce the cost and speed of producing quality content by 90%, and engagement has gone through the roof with some videos hitting over a million views. We get regular comments like “my teacher has been trying to explain this concept for 2 years and you helped me understand it in 5.” To be honest, this is where the gratification comes from. It's seeing these comments every day, which motivates us to never stop.

What can Corporate Learn from This?

As we see with our enterprise clients using Fuse, learning is most powerful when we are able to digitise the tacit knowledge of the highest performing people, and getting that expertise into the heads of others. Think of how much more engaging learning is when it’s led by someone your trust, or you know, or at least someone in the same company, who works in a similar role.

In FuseSchool, what we succeeded in doing was making learning informal enough, short enough and easily consumed enough so that it can become part of a daily routine. However, it’s the quality and the nature of the content that has also been a huge differentiator, and something corporate enterprise can really learn from. Check out this video on electrolysis as an example:  it’s 5 minutes long and the 600 comments speak for themselves.

Understand that Learning is a Journey

Throughout the years, in solving these educational challenges, we didn’t realise at first that we were also solving the same learning challenges for corporate enterprise, but when it did click, forming Fuse seemed obvious. The content methodology has driven the Fuse platform development, and we now have 130 people that work in our corporate business serving clients from Spotify in Stockholm, to Dropbox in California, to Vodafone in London. The proof in the pudding is that we also use our own platform to fuel daily learning, which embraces both formal and informal learning.

Continuing the Revolution of FuseSchool into Corporate Enterprise and Beyond

Through our own learning journey at FuseSchool and Fuse, and through the learning journeys of our clients, we’ve come to realise that you’ve always got to be thinking of the platform of the future. It’s not hard to imagine what it looks like as technologies like YouTube, Google and Whatsapp and others have clearly indicated what our preferences to learn are. And although it’s slightly concerning that my 8 and 9 year old children say they learn more from YouTube than at school, that’s also quite exciting as we continue the revolution of FuseSchool with our next goal to move from supporting 10 million children, to a 100 million a year.

If you would like to help empower children through free high-quality digital education, donate to FuseSchool today.